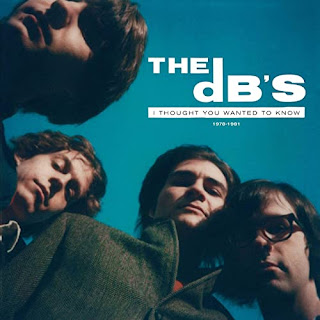 This Friday October 15, a legacy release by The dB's will be released on Propeller Sounds Recordings. I Thought You Wanted to Know: 1978-1981 is a collection of historical recordings by the band from its earliest days. It is the first time a lot of the songs have been released on vinyl, and there are a number of unreleased tracks including live performances. You can pre-order I Thought You Wanted to Know: 1978-1981 from Propeller Sounds. And we sincerely hope you like it!