Update from my branch

Well, here it is mid-June and no record yet.

My apologies to those waiting breathlessly for it. Parts of it are really finished. Others, not as finished.

I am not the world's biggest self-starter or multi-tasker, so this bidness of getting a record together is slightly challenging.

Test pressings were not pressed well, so I'm sorting that out. Cover art has been sent to a professional (Skillet Gilmore) who is making it so I can send it to the folks making the covers.

I'm also getting ready to put together a video of the a-side since it's bound to be a natural for that sort of treatment. More on that later.

I have shows coming up which feature my record's producers James Wallace and Mark Simonsen and their talented and adaptable pals Aaron Oliva and Evans Nicholson, a quartet collectively known as the Forryst Bruthers. We play a short set at Stand Against HB2 - NC Musicians United for EqualityNC and QORDS (4:00 p.m.) in Winston-Salem, NC Sunday, June 26. This band sounds good, turns on a dime and makes me feel confident about rocking the songs we're doing. This unit is also playing at the 37th Annual Festival For the Eno on July 4 at 4:00 p.m. which is apparently when we are at our best. As tempting as it may be, we will not be performing "Needles in the Camel's Eye."  Although we probably should. 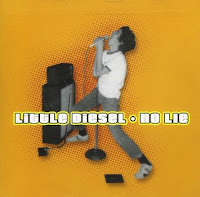 Also at the Stand Against HB2 show on June 26 will be the first performance in 41 years of the original Little Diesel, Winston-Salem's first punk band. You will not want to miss this.

So maybe I have been multi-tasking after all. Anyway, I didn't want you to think I'd forgotten about putting the record out. It's well underway and worth the wait, but the wait is just a little longer than I'd thought.

Rob-in-Brevard said…
It's OK, Peter. Glad to know it's still in the works.